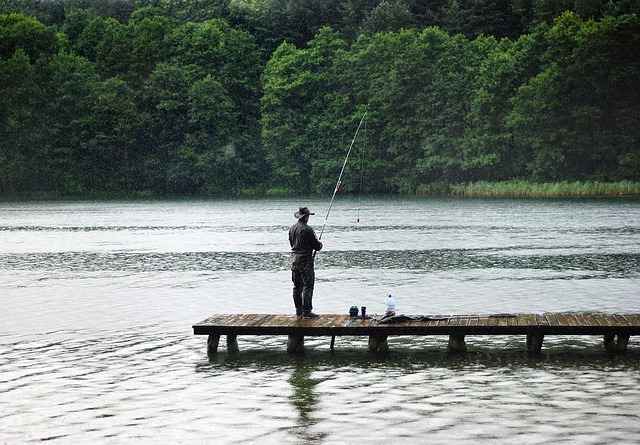 Due to the abundance of fish and other seafood delicacies that the state’s coasts provide, Florida is a paradise for amateur and professional fishermen.

If you’re familiar with the fishing in Florida, you already know what tastes great and what doesn’t, but if you’ve never fished in Florida before, you may be overwhelmed and unsure of which fish tastes the best.

Some may question the inclusion of kingfish on this list, but the reality is that South Florida consumes an absurd amount of it. Due to its high oil content, kingfish, also known as king mackerel, is not the best fish to eat as a main course because it tastes quite “gamey.” Nonetheless, commercial kingfishing is a thriving industry in South Florida due to smoked fish dip. Almost every restaurant in South Florida offers this delectable appetizer, which typically consists of shredded smoked kingfish, mayonnaise or sour cream, and the chef’s signature blend of spices. Kingfish can be caught with live bait such as sardines or goggle eyes in depths of 90 to 200 feet. Be cautious when boating with these toothy animals, as their teeth are razor-sharp.

Mahi-mahi, also known as dolphin or dorado, is a very mild white fish with a lean, firm texture that grills or fries very well. When ordering “fish fingers” in a restaurant, Mahi will likely be served. Mahi-mahi is typically caught offshore by trolling with dead bait such as rigged ballyhoo or Bonita strips, and they are typically found in schools feeding on baitfish beneath floating debris or seaweed. Dolphins can also be caught by sight-casting with bucktails or ballyhoo using a spinning rod if they are spotted.

Cobia is difficult to find in restaurants, so if you get the chance to order it, do so! Its meat is somewhat firmer than that of snapper, grouper, mahi-mahi, and snook, and it has a fresh, buttery flavor without the high oil content of swordfish. Cobia captures are relatively uncommon. At the beginning of fall, cobia migrate south to warmer waters, and during the first warm days of spring, as water temperatures rise around shallow wrecks, they move closer to shore. Cobia may appear when first approaching a reef, but if you don’t quickly cast a live bait at it, it’s typically gone forever. Cobia is formidable fish that would be a shame to lose; be prepared with two gaffs if you have one hooked.

Grouper is the most common alternative to mahi-mahi on dinner menus. They have delicious white meat that is lean and has a distinct but mild flavor, large flakes, and a firm texture. Gag grouper (or black grouper) and red grouper are the most common groupers in Florida, while goliath and Nassau grouper are protected in Florida waters and cannot be harvested. Grouper are typically speared by divers or caught by drift fishing with baits near the bottom over an offshore reef.

Similar to grouper, hogfish has a mild flavor with sweet undertones and is also known as hog snapper. It is somewhat flakier than mahi-mahi and is one of the most delicious cooked fish in Florida. Hogfish inhabit natural and artificial reefs and are typically speared by divers, though they can also be caught with hook and line.

These were some insightful facts about the best Florida fish for recreation.